Head of effects and CG supervisor

Whilst at school James developed an interest in maths and science, also enjoying the creative freedom of drawing and painting. He gained a Masters degree in Engineering Science from Oxford University - which provided him with a strong technical foundation but lacked the artistic component that he also wanted in his career. It was at this point that James discovered visual effects, with a Masters in Computer Animation at Bournemouth University leading to his first role on Harry Potter and the Order of the Phoenix. James enjoyed working as an animator and effects artist on a variety of feature films and TV series at Double Negative and The Mill before joining the Milk team when the company opened for business in June 2013. 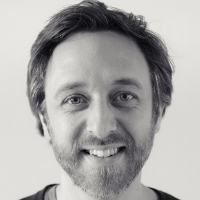