Alex Wuttke joined Industrial Light & Magic in 2017 as a visual effects supervisor on Jurassic World : Fallen Kingdom. He is a graduate of both Kingston University and Central St. Martins and has degrees in both sound engineering and graphic design. Prior to starting a career in the visual effects industry, Alex worked as a freelance recording and mix engineer at many prestigious London recording studios and then as a graphic designer, winning a Clio award for his work. Alex started his career in visual effects as a technical director at Jim Henson’s Creature Shop, contributing to films such as Flintstones: Viva Rock Vegas and the Christophe Gans movie, Brotherhood Of The Wolf. After leaving The Creature Shop, Alex joined Double Negative and worked his way up through the ranks. He served as a technical director on a variety of films including: Die Another Day and Tomb Raider 2, then as a sequence supervisor on Chronicles Of Riddick and Batman Begins. He then took on CG Supervisor responsibilities for films including 10,000BC and Flyboys before serving as visual effects supervisor on Quantum Of Solace, 2012, Thor 2 – The Dark World, Ant-Man, Spectre and Wonder Woman.
In 2010, taking a break from Supervisory duties, Wuttke served as Global Head of 3D for Double Negative, spending three years expanding the studio’s technological capabilities and refining working practices. In 2015, Wuttke was nominated for a BAFTA for his work on Ant-Man. 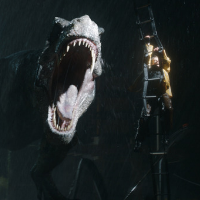