Kan started his career in Switzerland by directing commercials and music videos before moving to the UK and establishing a career as a Video Games and Feature Film concept artist. In 2017 he worked as Director of Animation for the show KISS ME FIRST, working closely with the showrunner Bryan Elsley. Kiss Me First required the animated world to be created from scratch and this allowed him to draw on his previous experience as a designer on feature films such as Mowgli (Andy Serkis), Doctor Strange (Scott Derrickson) and Godzilla (Gareth Edwards).

Building a Netflix show through Art 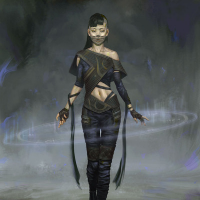