Kareem Ettouney is Art Director at Media Molecule. Egyptian by birth, Kareem’s work displays cultural influences which make it truly distinctive.  The breadth and scope of Kareem’s work reflects
his diverse background in interior, graphic, theatre and film set design. Kareem’s eclectic creativity found its home when he joined Lionhead Studios in 2002, where he quickly established himself as
the lead Concept Artist. Whilst at Lionhead, he became firm friends with Mark Healey and Alex Evans and worked with them on the cult hit Rag Doll Kung Fu. When Mark and Alex left Lionhead in 2006
to form Media Molecule, Kareem was a natural choice to join them as co-founder, along with David Smith. Kareem has been absolutely instrumental in the iconic look of Media Molecule’s Little Big
Planet franchise as well as the striking painterly aesthetic of Dreams.

The Innovation of Dreams for PS4 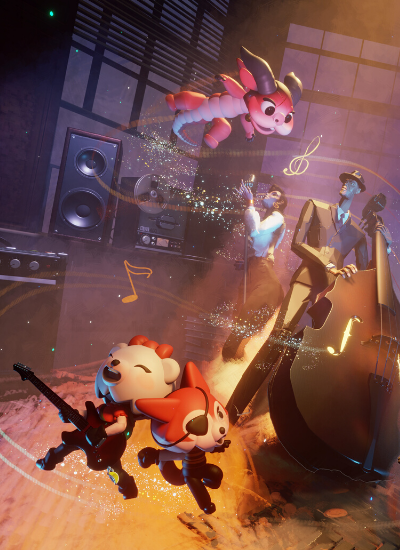